The Men Who Helped Abolish Slavery 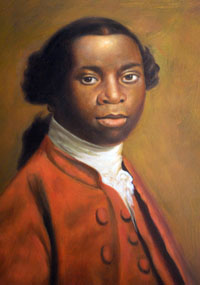 On March 25th, 1807 parliament finally passed the Act of Abolition: slavery in Britain was banned. The slave trade was highly lucrative and entrenched in English culture. Despite opposition, a band of men were determined to see it abolished and spent years campaigning for its end.

In 1781 a captain threw 133 slaves overboard so he could claim their value on insurance. Peckard was a former army chaplain who when he heard about this barbarity he began to speak out.

In 1784 he made a ground breaking sermon at Great St Mary’s Church in Cambridge. He delivered the now famous essay titled ‘Am I not a man and a brother

Shortly after he set this question for the university’s annual writing competition: Who has the right to enslave someone against their will? The winning entry was penned by Thomas Clarkson who went on to become one of the country’s most high profile abolitionist’s.

Sadly Peckard did not live to see slavery abolished. He died in 1797 and is buried in Peterborough.

Kidnapped as a tiny child he was first enslaved by his fellow Nigerians. At the age of 11 he was sold onto white traders. Olaudah was brought by one Michael Pascal a lieutenant in the Royal Navy and renamed Gustavus Vassa. Pascal was generous and Equiano was given full naval training and schooling in England. He was, however, sold on again and shipped to the Caribbean by a Quaker merchant from Philadelphia called Robert King. King promised Equiano, that he could buy his freedom for £40. King allowed him to buy and sell goods freely thus allowing him to eventually gain enough money to buy himself out by the age of 30.
Equiano returned to Britain and lent his support to the abolitionist campaign. With the help of Peckard he went on to write and publish his life story ‘The Interesting Narrative of the Life of Olaudah Equiano, or Gustavus Vassa, the African’. The book was released in 1789 and was one of the earliest known works by an African writer. The book became a best seller and made him a wealthy man.
On April 7th, 1792 he married a local girl, from Soham, called Susannah Cullen in St Andrews Church. The couple settled in Soham and bore two children, girls Anna Maria and Joanna. Like Peckard, Equiano died before the Act of Abolition was finally passed. His death was recorded in London in 1797, he died aged just 52. 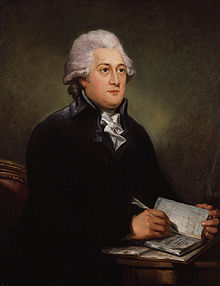 Born and raised in Wisbeach, the son of a vicar, Clarkson went up to St John’s College, Cambridge in 1779. Whilst there, he enter into a competition that was to change his life. He met first hand with people who experienced the slave trade and being a slave. This gave him great insight for his final essay. Encouraged by Clarkson’s essay an informal lobbying group formed. Among the committee for Abolition was a young William Wilberforce MP.

Clarkson travelled the country gathering evidence and promoting the cause. He faced fierce opposition from the traders. He was nearly killed in Liverpool by a gang of sailors who had been paid to assassinate him.

On his travels he accrued a large collection of equipment used on the slave ships. While Wilberforce lobbied, Clarkson was out on the streets canvassing support. The two men were instrumental in the ban finally being passed in 1807.

Clarkson married Catherine Buck of Bury St Edmunds in 1796.They had one son also called Thomas. Thomas Clarkson died in Ipswich in 1846. Two monuments have been erected in his memory along with an engraved tablet in Westminster Abbey. 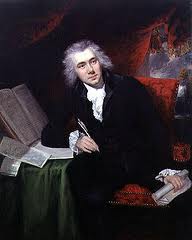 The son of a wealthy merchant William was raised in Hull. In 1776 he won a place at St John’s College, Cambridge, where he befriended the young William Pitt, who remained an ally throughout his life. He stood for parliament in September 1780 at the tender age of 21. He became MP for Hull as an independent Tory.

Wilberforce introduced himself to Clarkson and joined the growing lobby group. On May 12th, 1789 he made his first major speech on Abolition. Two years later he introduced the first parliamentary bill to ban the slave trade. It was defeated by 163 votes to 88. In 1807 the Act was finally passed by a landslide 283 votes to 16.

Wilberforce was the father to six children dying in 1833. He is buried in Westminster Abbey.