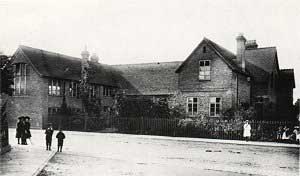 School Days: A Short Piece Of Basic Information Relating To All Our Schools Past And Present

Clay Street Primary School, Soham The Clay Street junior school and annex (Soham CE Junior school), served the community of Soham from it’s construction in 1863. Before it closed in 1991 it was replaced by St Andrews C of E Primary school which is based on Sand Street. The front of the main school, further along Clay Street, was made notable by the ‘Anglo Saxon’ warrior statue made of plough shears that once stood on a plinth in front of the lower central section. The statue is now housed ‘in pieces’ in a local barn. 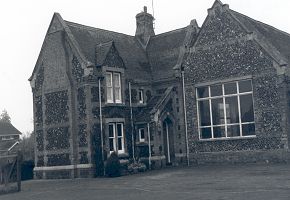 Clay Street School Annex, Soham Hall has paired gables with similar barge boarding to two Gothic windows with transom and mullion and three other windows, with pointed arches to each of three lights. The cross wing has two gables with similar barge boarding and two Gothic windows, also with tracery. The school house is linked to the school by a wall with an opening in a pointed arch.

The house is also of brick with flint exterior, yellow gault brick quoins and clunch dressings to windows and doors. Steeply pitched slate roof retaining the original crested ridge tiles and similar barge boarding. Two storeys. A barge boarded gable to a two light window with Y tracery in a two centred head. At ground floor, one canted bay with hipped roof and traceried lights, one retaining the original diamond leaded lights. The gable end has a canted oriel window with three leaded lights, each with tracery.

The main school building is now the local library and the school house, a private residence. The main school building was also sold and turned into private residences. The school playing field was sold separately for development and forms part of the Lions Mills estate and Millbrook retirement home complex. The Annex playing field, which boarders the river, was also sold for the development of private residences and is also fronted by ECDC (East Cambridgeshire District Council) public car park.

Old Grammer School, Soham The school itself, dates back to 1686, although a school had existed at Soham, in some form, for 100 years before that. The School became known as the Soham Grammar School from 1878 and occupied a site on Churchgate Street. In 1925 the Grammar School moved to Beechurst House, located on Sand Street. Beechurst House (built in 1901) was formerly the home of the late Newmarket jockey, Charles Morbey. The Grammar School took boys aged 11 – 18 from surrounding villages, and was also home to a few weekly boarders. The school reached the end of its’ 286 year history in 1972, when the grammar school boys joined the neighbouring village college. The new school keeping its’ name – Soham Village College.

End Of An Era

The last chapter in the history of Soham Grammar School came to a close to the strains of Handel’s “Messiah.” A commemoration service was held in the Parish Church of St Andrews, to mark the end of a reign and the beginning of a new comprehensive order. Earlier, the boys, headed by Mr Armitage, staff and governors had paraded the half mile from the grammar school to the Church for this last ceremony. Joined by old boys, parents and friends, they heard the vice-chairman of the governors, the Rev Max Williams, Vicar of Cheveley, say: “This is not only the end of term, it is the end of an era.”

Mr Williams said: “We are commemorating a school which has existed in some form or another for hundreds of years. Now the pattern is changing and the grammar school as such ceases to exist. We move into a greater world, a federation of schools.” He recalled the small group of men who, in 1686, felt there should be some kind of institution whereby education, which was the privilege of the rich should also become the right of the poor.
Mr Williams said it was a moment of nostalgia, but they should be thankful to those who contributed to making the school what it became. “Today we leave it perhaps with regret, but I am sure that the spirit that has been engendered over nearly three centuries cannot possibly die’.

After the service, the masters formed what could almost be called a guard of honour outside the church and shook the hands of every pupil as they filed past as a fond farewell gesture – on both sides. 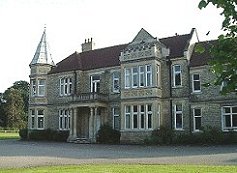 Beechurst Building, Soham Village College The original village college took boys and girls between the ages of 11 and 15, and was built on a site next to the Soham Lode known as Moat Fields. The village college system was the brainchild of Henry Morris, the Chief Education Officer at Cambridgeshire County Council.

The present day village college came into being in 1972 when the modern co-educational Village College merged with the long-established Grammar School. The merger was a direct result of the government raising the school-leaving age to 16. In 1993 the village college gained grant maintained status. In June 1998 the ‘M Block’, which contains science, humanities, ICT and languages rooms, was opened by Princess Margaret. On 1 April 2011, Soham Village College officially gained academy status.

On 6 April 2010, the school began the construction of a new Performing Arts Centre. It is used for lessons (and activities) in music, dance and drama. The centre was finished in 2011 and opened by Mr D. Schunmann from Viva Arts & Community Group on the 3 November 2011. 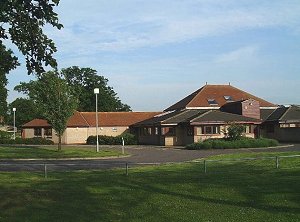 St Andrerws Primary School St Andrews was established in 1990 following the decision to amalgamate Soham CE Junior (Clay Street), Soham County Junior (The Shade) and Soham County Infants (now The Weatheralls) schools to form two new Primary schools (St Andrews and the Weatheralls). St Andrews occupies the site of the old cricket pavilion which formed part of the former Soham Village College sports field. The two seats of education are now near neighbours with only a few feet separating them from each other.

The school takes children from nursery age until the age of 11 with the majority of pupils leaving to attend Soham Village College.

As a religious based school, St Andrews is twinned with the local parish church of St Andrews which stands in the centre of the town. 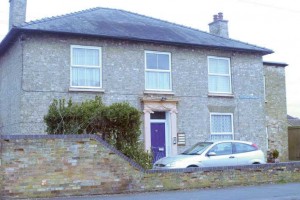 St Felix House In 1951 a Catholic school was opened and run by Headmistress Miss Winston and helper. This provided schooling for all within the area. However some children were admitted for schooling who were not of catholic faith too, although they remained small in number. The school consisted of the main house and an oblong single storey building at the back. There was a cement playground and gravel which lead to a large gate.

Pupils ranged between the ages of 5 to 13/14. The older pupils were expected to study on their own with the teacher’s daily guidance and hear the younger one’s catechisms and help with their reading after the elder had finished their work.

The pupils enjoyed basic gardening in the summer and cookery lessons were held for all in the main house.

The school doubled up as a place for services which were held at the same ‘House’ positioned on the corner of Brewhouse Lane. The main school remained to the back. The chapel of St. Felix, was opened here in 1956, where masses were provided monthly from an Ely priest. Both closed after 1970. The house, like most of our old schools is now a private residence, consisting of flats. 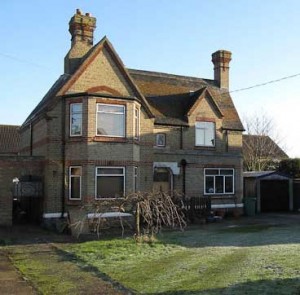 Old Shade School House Soham The Shade school for boys, was built in 1875 and extended in 1906 when it was renamed the Soham Boys and Infants County School when there were 257 on the roll. Scholarships to The Grammar School, could be won but most left to begin working life.

The first head teacher was Mr Joseph Farrow, who was succeeded in 1906 by Mr George Frederick Fenton, who had been an assistant teacher there from 1894-1900. Mr Fenton, was succeeded in January 1926 by Mr P W ‘Pop’ Lovering, who eventually retired when the Village College opened in 1958 and the school was renamed Soham County Junior Mixed School with 70 boys and 52 girls on the roll.

In 1991, as the Clay Street primary school closed, so did The Shade. The school transferred it’s pupils to the new Weatheralls School. The site was developed and now consists of private houses on what was the playground; but the old school house still remains albeit another private residence.

In 2013, due to demand, the ‘new’ Shade school is currently being built. Located nearly half a mile further down from the original site, it too will continue, as the old shade school, as a mixed junior school. The new headmistress is Mrs Gregory, formerly of St Andrews School. The Shade is due to open in September 2013. 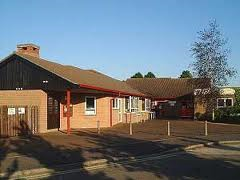 Formerly known as Soham County Infants school, the Weatheralls was renamed in 1990 when the town primary schools were amalgamated into two (The Weatheralls and St Andrews C of E Primary).

Situated off Pratt Street towards the centre of the town it is still undergoing change.

To meet the needs of a growing population the Weatheralls is being extended and a double height main block is currently being built. Two sides of the school are hemmed in by ancient pathways which are still used by residents to date. The school also send most of its’ pupils to Soham Village College for secondary education.

Thanks To:
Soham Grammarians