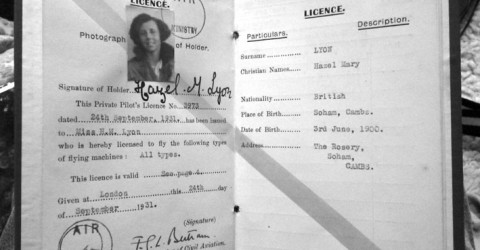 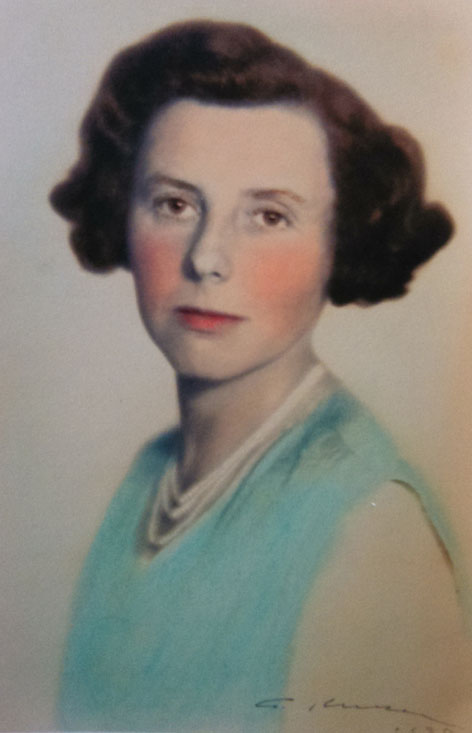 My great grandfather Alfred Clark the founder of Clark & Butcher Ltd married twice. His first extremely successful marriage was to Sarah Bovingdon. She had sisters who had also married into Soham families; both the Staples and the Cookes had a Bovingdon connection. Sarah died after giving birth to eight children in fairly rapid succession, leaving the young Alfred junior and Ellen to be brought up by his second wife.

Ellen worked as a mistress at a private school in Cornwall, eventually returning home to marry John Lyon. They had two children Arthur known as Peter, and Hazelmary. All were pioneers of the industrial age. Alfred Clark was one of the first millers to produce flour on porcelain rolls, later in his life visiting Canada. Here, he found that the lumberjacks were frequently losing arms and legs. The sawmills did not have a constant number of revolutions, when there was a surge of water they would go faster. Someone had invented a turbine with a casing like a snail shell which would keep the number of revolutions constant. He realised that this could make much whiter flour than the existing waterwheel at Soham. He brought it back and despite the fire in the mill in 1945 filling it with ash. I succeeded during the miners’ strike to make it produce electricity. 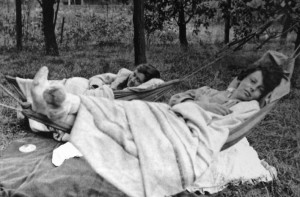 Ellen his daughter had an interest in early photography. Many of the depictions of Soham in the Edwardian age which are now in the Cambridgeshire collection were photographed by her. She would frequently use both Peter, Hazelmary and their friends in the photographs she was a caring mother although after the death of both Alfred Clark Senior and of Alfred Clark Junior she lived in reduced circumstances. She eventually moved to The Rosary in Station Road. Peter did not have good health, his schooling was curtailed. Confined to a wheelchair he taught himself how to work with electricity specializing with radio, eventually after the Second World War working with the first televisions.

Hazelmary was essentially a sportswoman. Alfred Clark senior had retired to Bournemouth .For some years after his death the family kept a connection there. From an early age she had taught herself figure skating. She was skating on the ice rink in her early teens and was chosen to appear in the first ice show. Her parents would not allow her to do this considering it rather unladylike; she must continue to prepare to be a concert pianist. She told me that this idea she should use her musical ability worked against her wishes for many years. From the time that she was fourteen until the time that she was eighteen the First World War ensured she continued with her education. When she was nineteen her governess took her to the Hendon Air Show. She bought a £5 raffle ticket for a flight. She won. She told me she knew from that moment she intended to fly. 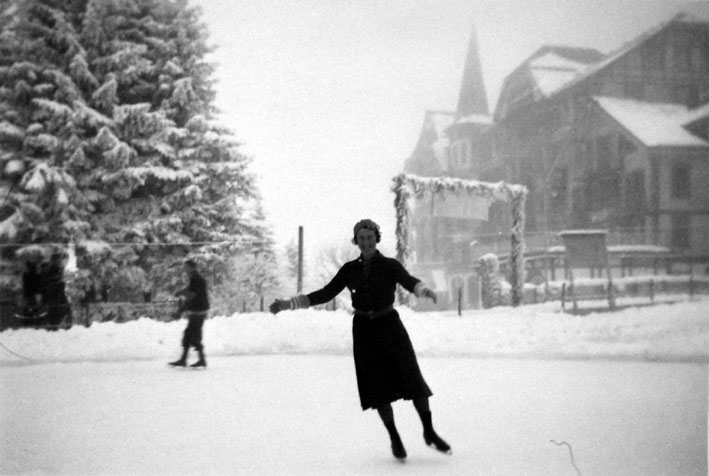 Her parents insisted on her continuing her musical studies; sending her to the Academy in Lausanne. Here she met a group of Swiss students who rapidly accepted her. She spoke French with no accent.  She skated. She did the Cresta run. She skied. She played hockey for Switzerland, never explaining fully to me how she managed that. She completed her time at the Academy passing with distinction and in 1922 prepared to return home to England. One morning she was walking along the Lake thinking of her future. She told me she realised that if she became a Concert pianist the likelihood was that she would always be the one turning over the pages and never the principal artist. She thought there was more to her future than this. She had never given up the hope that she could return to England and learn to fly. She returned home and badgered her parents into allowing her to start her flying lessons, both at Cambridge and eventually at Shoreham. Shoreham Flying Club was one of the first and most respected flying clubs in the country. She was the only girl on the course and for the next ten years she was generally known as Wendy among the young aviators of the time. She then began one of the most exciting times anyone with an interest in early aviation could wish; indeed she not only flew with all of the early great aviators of the time but was frequently taken on the racetracks. I must be honest I do not remember the names, possibly Bentley at Brooklands but in 1983 my wife and I went to Glyndebourne with my sister-in-law and her husband who was a housemaster at Charterhouse teaching piston engine flying. He told me afterwards he did not think he would ever meet anyone who had flown with all the great aviators in his lifetime. 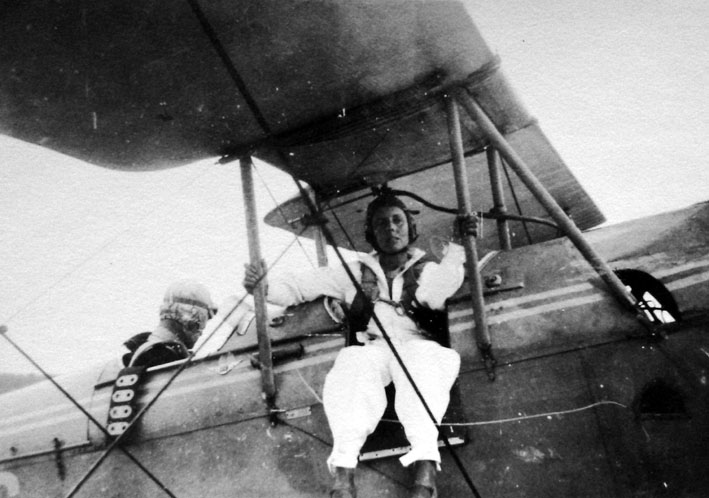 She enjoyed her time at Shoreham so much she persuaded her mother to allow her to return for a second year. In my opinion this was because she had fallen in love with the instructor. I could be wrong here but the trouble is that when you are as close as we were for most of our lives you do not think until it is too late of the questions that you wished you had asked. Once she gave me a watercolour by the watercolourist John who was one of the first artists painting aircraft. She cut off something at the bottom leaving Hazelmary flying Avro 504K at Shoreham as the title. One day we were talking about marriage and she told me the instructor on this course and she had planned to fly round the world together. The course ended and he went out to show his pupils aerobatics. The plane collapsed in mid-air. She realised that she would never meet another man strong enough to check her; she decided to remain alone. 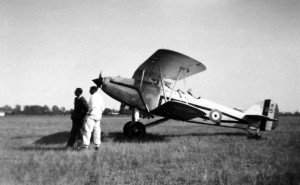 His death changed her life.  For a year she did not fly. She did however write the story of what it was like to be the only girl   at one of the first flying schools in the world. This was published in Blackwoods Magazine in 1935. She also realised that flying was her life and that she had to get back. She decided that the best way would be to take a parachute jump. This was followed once more by its story in 1936, again in Blackwood’s magazine.   She caused a sensation in Soham landing a tiger moth on the site of the Weatheralls School and walking home in her flying kit to visit her mother. Her gift for languages took her to many interesting houses. For a time she stayed at Cranbourne cramming one of the Cecils for his Eton entrance. The family treated her well. She received a proposal of marriage from a visiting Duke. Her pupil succeeded and continued to visit her house in Devonshire until she was well into her eighties.

Her flying finished at the outbreak of war. Her height of four feet eleven and a half meant that she could not reach the controls of a Spitfire. I could not ever understand what she did with flying boats. I have always wondered with her perfect French if she picked up some of the French Resistance fighters. After the war she retired to Devonshire and I would visit her frequently. She became increasingly isolated for many of the friends she had flown with had been killed in The Battle of Britain or over Berlin. We both gardened and talked more about this than her heroic life. I worked in Commodities. She understood the fact that one mistake, and you are finished. We both understood that danger was a great stimulus to greater endeavour. 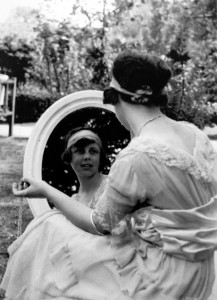 Her ashes were scattered over Dartmoor by aeroplane at her request. I did not leave a stone memorial, I donated a prize to Soham Village College for girls to learn languages. She frequently said she was as good as any man if ever she was given the opportunity. Now that there is no longer a prize giving at Soham Village College I have decided that her gift to Soham is the restoration of the wall painting of a Bishop in the Chancel at Soham Church. Dr. Williams of Exeter University is researching Soham in 600 A.D. and hopefully there will be sufficient facts other than the Chapter in the Venerable Bede to create a small booklet.