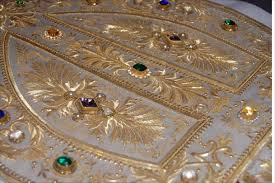 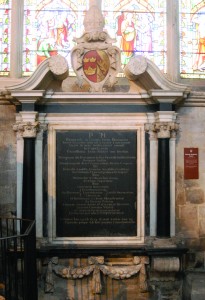 He was a student at Christ’s College, Cambridge and became a Fellow of Pembroke Hall in 1616, becoming Master from 1630.

He rose to Vice Chancellor of the University of Cambridge in 1632.

Bishop Laney became prominent within Royal circles on obtaining the role of Chaplin to King Charles I. During the English Civil War he went into exile with the future King Charles II. After the restoration of 1660, he was made Bishop of Peterborough and Lincoln in 1663. From 1667 he became the Bishop of Ely.

Bishop Laney died on 24th January 1674, and is buried in Ely Cathedral. He bequeathed his estate which consisted of land, rents and property within Soham, and made all into a charitable trust. Income from the Trust was to be used for the following:

This is only for persons under the age of twenty five years, who satisfy all of the criteria and who are resident in the parishes of Soham or Ely.

Benjamin Laney, bought a quantity of open-field land in Soham and in 1666 was allotted 70 acres of fen for the common rights of his four houses. In his will of 1675 he left that Soham estate, including c. 75 acres of open field and meadow there and 25 acres in Fordham Hales, to be held by four freeholders of Soham and Ely in trust to spend the income on providing £10 premiums to apprentice poor boys from those two places. The rent was still being used for that purpose in the early 19th century, when the charity’s well-farmed 188 acres included 150 acres in Soham and 38 a. in Fordham, yielding in the1780s c. £149.  About 1800 the two pairs of trustees at Soham and Ely each took half the rents and independently selected their own candidates for apprenticeships. Allegations made c. 1810 by the Radical Soham lawyer Thomas Wilkin of mismanagement by Soham’s trustees led to an inquiry in 1813 and a decree of 1815, which authorized a doubling of the premiums payable.